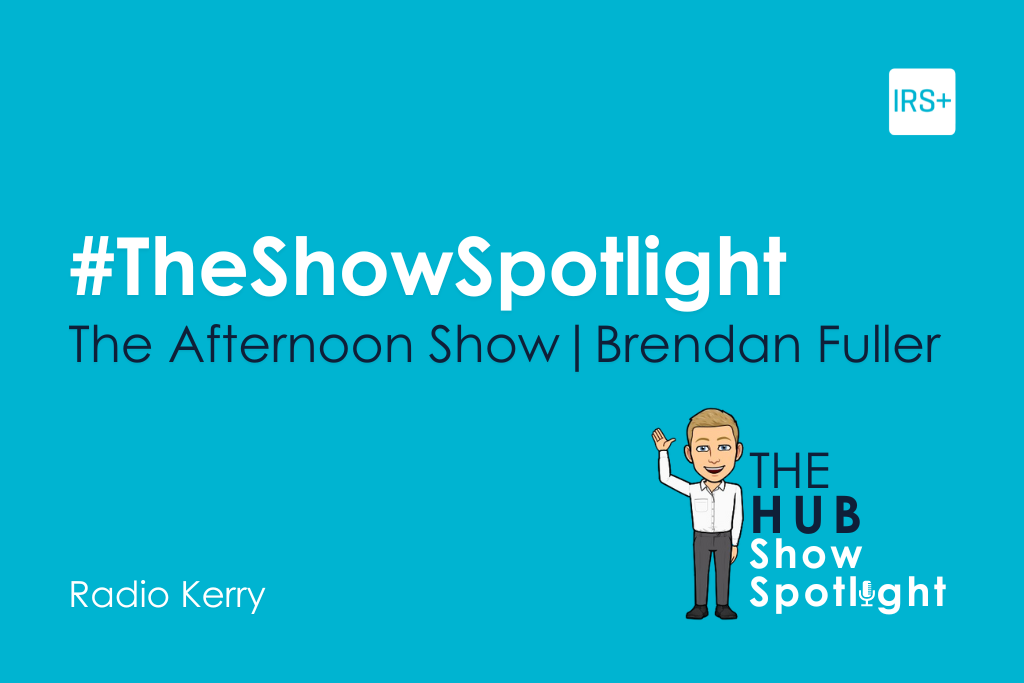 #TheShowSpotlight is a series where we put the limelight on your favourite radio shows across the IRS+ network. From breakfast shows to documentaries, there’s plenty to come, so keep your eyes, and ears, peeled!

As our second guest, we have Brendan Fuller and “The Afternoon Show“, Radio Kerry.

The Afternoon Show is two and a half hours (Monday to Friday 3 to 5.30pm) of high energy radio presented by Brendan Fuller with a mix of current and new music, news, sport, entertainment, traffic and travel updates.  Additionally it is a very popular show for Outside Broadcasts, competitions and sponsored features such as the Homework Off Voucher sponsored by Quinlan’s Fish.  Brendan also showcases new Irish music.

Click below to listen to snippets of the “The Afternoon Show” with Brendan Fuller. Brendan Fuller is a native of Killarney, Co Kerry who joined the on air team in 2012 having completed the one year Diploma in Radio Broadcasting & Production run by Radio Kerry. Brendan is also as accomplished front of camera as he is being the microphone both on radio and in the Music and Comedy Clubs of Kerry.  He is married to Eve and earlier this year they welcomed beautiful Hannah Mae to their family. Brendan is also a keen rugby player and supporter.